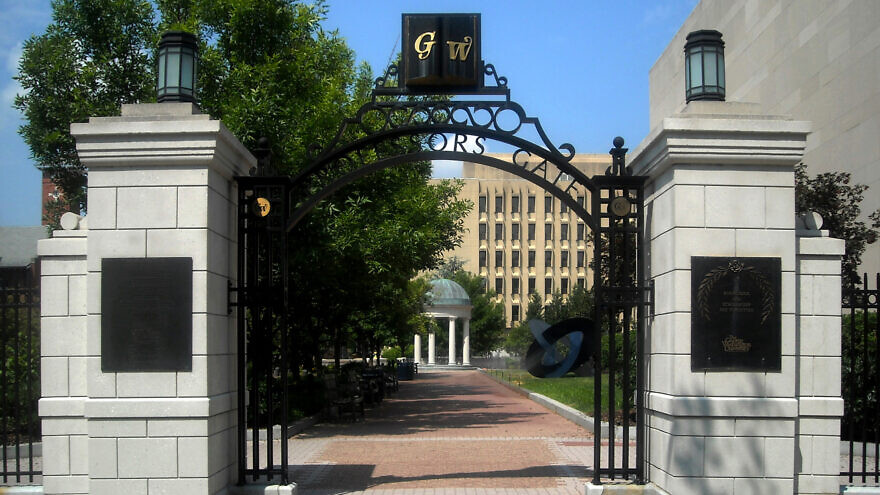 George Washington University released a statement on Monday disapproving the anti-Israel BDS movement, while also defending the appointment earlier this month of the interim dean of its Elliott School of International Affairs.

Ilana Feldman, vice dean of the Elliott School and professor of anthropology, history and international affairs, will serve as the school’s interim dean while a search is underway for a permanent successor to veteran U.S. diplomat Reuben Brigety II, who was named earlier this year as vice chancellor and president of Sewanee: The University of the South in Tennessee, announced GW provost Brian Blake on May 11.

Her appointment came under fire from members of the pro-Israel community, including the GW pro-Israel student group, GW for Israel.

In a university statement, Blake said:

We have listened and heard the concerns from some members of our community about the appointment of Dr. Ilana Feldman as interim Dean of the Elliott School of International Affairs and personal views she has expressed about the Boycott, Divestment, Sanctions (BDS) movement.

The university’s policy on the BDS movement is very clear – GW does not support divestment or other actions called for by BDS. While the University supports academic freedom for all, members of the administration – including those in an acting or interim capacity – are required to comply with all University policies or actions, including those on BDS, and foster an atmosphere that allows all voices to be equally heard.  As vice dean, and now as interim dean, Dr. Feldman has and will adhere to all of our policies and specifically committed to adhering to GWU’s policy regarding freedom of expression.

The University also prioritizes the safety and security of everyone in our community. We do not tolerate discrimination in any form, including anti-Semitism and racism. We believe in an inclusive and robust community that respects all points of view.  These values are intrinsic to the GW community.

Blake added that the search for Brigety’s replacement is already underway.