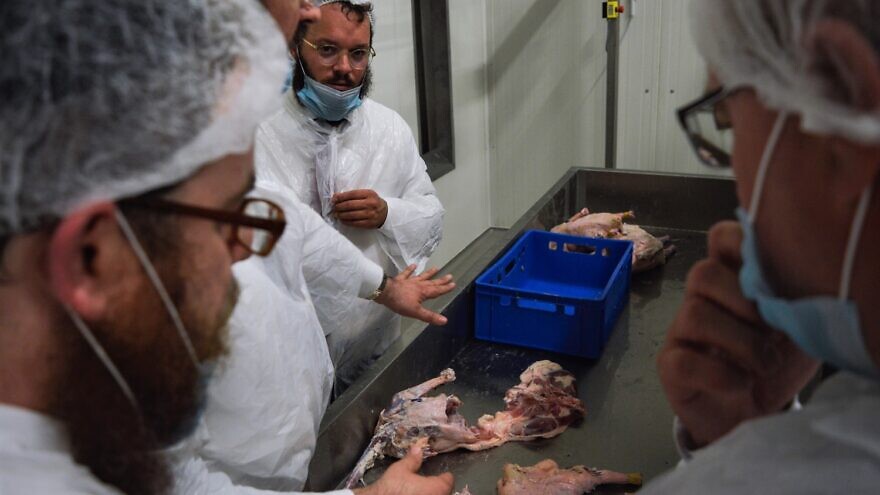 In light of a growing shortage of kosher meat among European Jewish communities primarily due to the coronavirus pandemic, the Hungarian Jewish community announced on Thursday that it will begin supplying tens of thousands of packages with poultry to many Jewish communities across the continent, including in France, England, Germany and Austria.

The shortage is due to the closure of many kosher slaughterhouses, as well as the outlawing of shechita (kosher ritual slaughtering) in certain parts of Europe.

While the supply of meat is in decline, many communities have reported a sharp increase in the demand of kosher meat and poultry, given that many families have begun to purchase food not only for daily consumption but also for the longer term ahead. Additionally, thousands of families have been forced to cancel plans to celebrate the upcoming Passover holiday in Israel. England alone reportedly has seen a 20 percent increase in the demand for kosher-meat consumption.

Unlike many slaughterhouses in Europe, where shechita is carried out only from time to time alongside non-kosher slaughtering, the slaughterhouse in Hungary, which is under the of Rabbi Shmuel Oirechman, is kosher year-round.

In light of the shortage, the slaughterhouse will now concentrate on poultry, slaughtering about 10,000 birds or chickens a day. The shechita is performed under the EMIH-Hungarian Jewish Association led by Chabad Rabbi Shlomo Koves, and has products under mehadrin, as well as general, kosher supervision.

“We are hearing and reading of the very difficult situation facing our brethren in the communities of England and France,” said Koves. “All year long, these large communities provide for us with the consumption of our kosher products. Now it is our turn to look after them. The Hungarian Jewish community is recruiting increased manpower entirely for this purpose, using the highest and most protective measures in order to take the necessary precautions in consideration of the coronavirus pandemic.”