Rep. Marjorie Taylor Greene (R-Ga.) on Tuesday used a Nazi-era comparison in opposing the Biden administration’s push to encourage all Americans to get vaccinated against the coronavirus, calling the individuals leading those efforts “medical brown shirts.”

Members of the paramilitary organization that helped Hitler and the Nazi Party rise to power were known as “brownshirts.”

Greene’s remarks, made in a tweet, came weeks after she visited the Holocaust Museum and apologized for previously comparing coronavirus face-mask policies to the Nazi practice of labeling Jews with Star of David badges.

“Biden pushing a vaccine that is NOT FDA approved shows covid is a political tool used to control people,” Greene tweeted Tuesday afternoon. “People have a choice, they don’t need your medical brown shirts showing up at their door ordering vaccinations. You can’t force people to be part of the human experiment.”

Greene was responding to a speech earlier Tuesday in which Biden said, “Now we need to go community-by-community, neighborhood-by-neighborhood, and oft times door-to-door — literally knocking on doors — to get help to the remaining people protected from the virus.”

It was not immediately clear what Greene meant with her reference to “a vaccine that is NOT FDA approved.” All three of the coronavirus vaccines in use in the United States were approved under the Food and Drug Administration’s emergency use authorization last winter.

The three vaccines have not been granted full approval, however, and pressure has been mounting on the FDA to speed up its process, with some experts arguing that doing so will reduce vaccine hesitancy and make it easier for employers, universities and the military to mandate vaccines.

Greene has declined to say whether she has been vaccinated.

Greene’s office did not immediately respond to a request for comment. Neither did the office of House Minority Leader Kevin McCarthy (R-Calif.), who last month condemned Greene’s previous remarks as “appalling.”

The American Jewish Congress condemned Greene’s remarks Wednesday morning, saying in a tweet that the lawmaker “continues to prove that there is no limit to her brutal trivialization of the Holocaust for her own personal political power.”

“With antisemitism rising to levels unseen in decades, we call on all Members of Congress to denounce Rep. Greene,” the group said.

“We don’t take any of our health and medical advice from Marjorie Taylor Greene. I can assure everyone of that,” Psaki said in an interview on CNN Wednesday morning. She later added, “It’s up to every individual to decide whether they’re going to get vaccinated, but … this is about protecting people and saving lives. That’s a role we’re going to continue to play from the federal government, use any of the tools and tactics that we think will be effective.”

In an interview and tweets in May, Greene repeatedly used Holocaust comparisons to criticize face-mask mandates that have been enacted amid the coronavirus pandemic.

“We can look back in a time in history where people were told to wear a gold star, and they were definitely treated like second-class citizens — so much so that they were put in trains and taken to gas chambers in Nazi Germany, and this is exactly the type of abuse that Nancy Pelosi is talking about,” Greene said in an interview with the online right-wing news outlet Real America’s Voice.

Days later, she compared a supermarket’s face-mask policy to the Nazi practice of labeling Jews with Star of David badges.

Her remarks in May prompted a swift denunciation by the top congressional leaders in both parties and the American Jewish Congress, among others. A fellow House member, Rep. Bradley Schneider (D-Ill.), had prepared a resolution to censure Greene over the Holocaust comparison.

But after Greene made a visit to the Holocaust Museum and apologized for her remarks, Schneider withdrew the resolution. His office did not immediately respond to a request for comment Tuesday on Greene’s latest statement on the topic.

“This afternoon, I visited the Holocaust Museum,” Greene told reporters at a news conference outside the Capitol last month. “The Holocaust is — there’s nothing comparable to it. It’s — it happened, and, you know, over six million Jewish people were murdered. More than that, there were not just Jewish people — Black people, Christians, all kinds of groups. Children. People that the Nazis didn’t believe were good enough or perfect enough.”

She added: “But there is no comparison to the Holocaust. And there are words that I have said, remarks that I have made, that I know are offensive, and for that, I want to apologize.”

At the same news conference, Greene declined to walk back other controversial statements she has made, including one in which she compared the Democratic Party to Hitler’s party, the National Socialist German Workers’ Party. 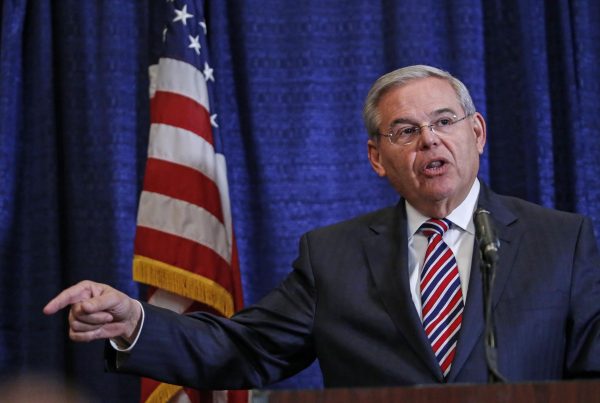