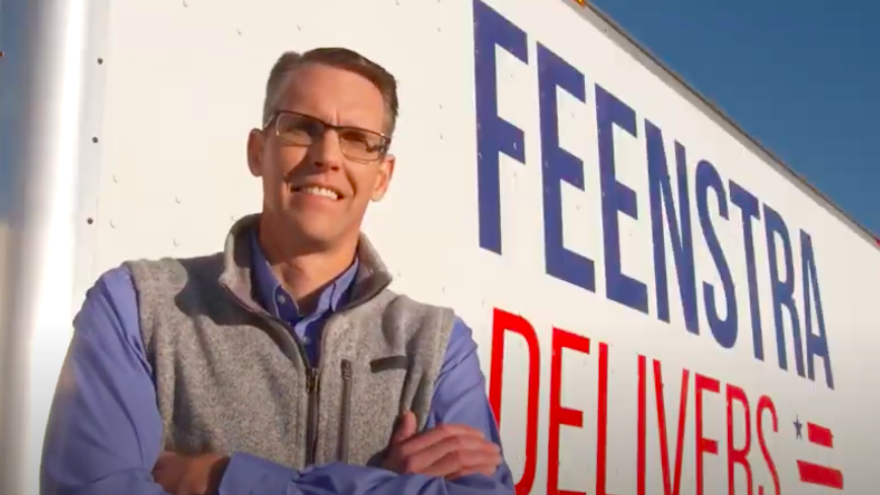 “I am truly humbled by the outpouring of support over the past 17 months that made tonight possible, and I thank Congressman King for his decades of public service,” said Feenstra. “As we turn to the general election, I will remain focused on my plans to deliver results for the families, farmers and communities of Iowa. But first, we must make sure this seat doesn’t land in the hands of Nancy Pelosi and her liberal allies in Congress. Tomorrow, we get back to work.”

Leading up to the election, King had made numerous remarks perceived to be bigoted.

Last year, King lost his committee assignments and was heavily criticized in a passed resolution in the U.S. House of Representatives that called him out by name after he asked how the term “white supremacist” was offensive.

In 2018, King endorsed white supremacist Faith Goldy, who unsuccessfully ran in the Toronto mayoral race. His endorsement was slammed by right-wing groups.

That same year, The Washington Post reported that King spoke in Vienna with Unzensuriert (“Uncensored”), a website associated with Austria’s far-right Freedom Party, following a five-day tour in August of Jewish and Holocaust historical places in Poland, funded by From the Depths, a group that seeks to educate lawmakers about the Holocaust.

“Steve King does not represent the Republican Party, and it’s time for him to leave Congress,” said RJC executive director Matt Brooks in a statement. “We are happy that Randy Feenstra, a strong conservative and a friend of Israel, will be our party’s candidate for Congress in Iowa’s 4th district seat this year.”

“We expect him to win in November, and we look forward to welcoming Randy to Washington, D.C. next January,” added Brooks.

Feenstra will face Democratic nominee J.D. Scholten, who narrowly lost to King in 2018, in November.

Following RJC’s endorsement, Feenstra tweeted, “In Congress, I’ll be a champion for a strong, pro-Israel foreign policy. Honored to have the support of the @RJC.”

US House Democrats warn against Netanyahu plan of annexation