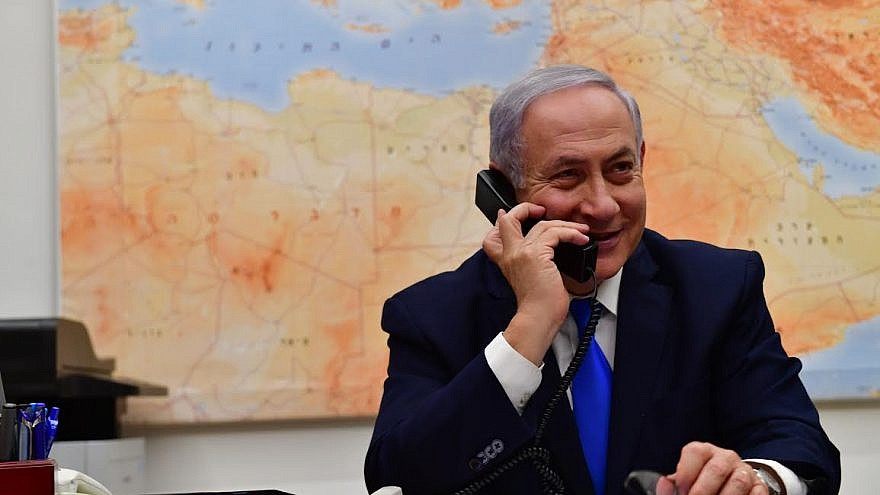 U.S. President Donald Trump phoned Israeli Prime Minister Benjamin Netanyahu to congratulate him on being next to lead the upcoming unity government with Blue and White Party rival Benny Gantz, in addition to discussing the Israeli’s response to the coronavirus (COVID-19).

“Today, President Donald J. Trump spoke with Prime Minister Benjamin Netanyahu of Israel,” according to a readout from the White House. “President Trump and Prime Minister Netanyahu discussed the latest developments on the coronavirus pandemic, and the President thanked the Prime Minister for his strong action to stop its spread.”

The call occurred the day after Gantz became Knesset speaker, all but ensuring a unity government where Netanyahu would remain prime minister for at least the next 18 months.

As such, Gantz is expected to become foreign minister and, after the 18-month period, prime minister.

Netanyahu and Trump also talked about the virus that has wreaked havoc through the world.

“The two leaders agreed to cooperate closely to combat the virus and minimize its global impact,” according to the White House. “The president and the prime minister also discussed critical bilateral and regional issues.”

Currently, the United States has the most cases of the virus worldwide with 100,717, while Israel has 3,035. There have been 1,544 deaths in the former and 12 fatalities in the latter.