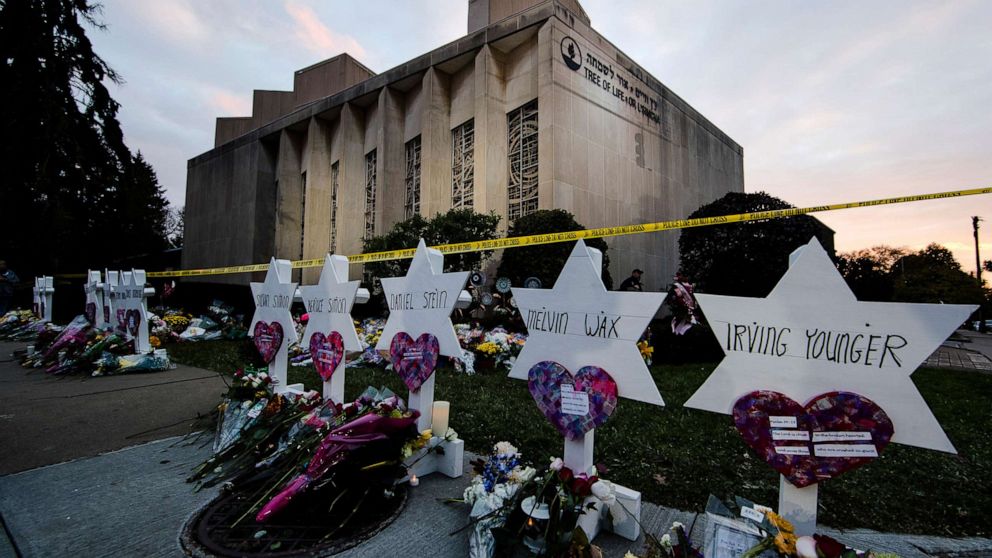 JACK ROSEN: We must remember the lessons of the Pittsburgh massacre

Originally published in The Hill.

I write this as we mark one year since the massacre at Pittsburgh’s Tree of Life Synagogue, but it feels like it was yesterday.

One year ago, we witnessed the true face of American anti-Semitism out in the open. The knowledge that dark forces in this country wish the Jewish people harm is not new, but Pittsburgh marked a boiling point. And while Jewish Americans are still relatively safe as a community, it’s hard to deny that the problem is getting worse. Steps must be taken at the highest levels to prevent future violence against the Jewish people.

It is hard to say exactly when the resurgence of anti-Semitism first began in America, but Charlottesville was the turning point. The Unite the Right rally was a shock to the system for the Jewish American community. We knew that this kind of malevolent anti-Jewish hatred lurked in dark corners of our society, but it is quite another thing to see it in public, to witness hundreds of American citizens marching beneath swastika-emblazoned flags.

Anti-Semitism has plagued the world for hundreds of years, never fully disappearing. Leading up to Charlottesville, we saw an increase in such acts as the desecration of Jewish cemeteries. In Charlottesville, anti-Semites finally stepped into the light — and were proud to be seen for what they are. The rally’s cries of “Jews will not replace us” have proven to be not merely a slogan but a declaration of intent. The blood spilt in our houses of worship has fulfilled their promise.

On Oct. 27, 2018, a little over a year after Charlottesville, Jewish Americans were gunned down where they prayed in Pittsburgh; 11 were murdered, six more injured. It was the deadliest attack on the U.S. Jewish community, ever.

Then, six months later, another shooter targeted a synagogue in Poway, killing a Jewish woman and injuring three others. The timing of the attack reveals the precision of this new wave of hate; the murderer calculated the date not only for the conclusion of Passover, a holy time when we celebrate our liberation, but also the exact six-month anniversary of Pittsburgh. This was not some crazed killer acting on impulse; he had a plan.

The nation grieved for the victims of Pittsburgh, but I worry that many, including our nation’s leaders, did not see the big picture. As we saw before our eyes on Passover, Pittsburgh was not a standalone incident; it was the culmination of months and years of slow escalation. Every bit of anti-Semitic rhetoric that is given a pass among our politicians, every swastika in a public place, every violated Jewish gravestone, every covert white supremacist meetup online is a potential brick in the foundation of future violence. Radicalization doesn’t happen overnight; it’s a process.

These happenings have led to Jewish Americans feeling less secure in their own country than before. According to recent polling, 38 percent of Jewish Americans believe anti-Semitism in the United States is a very serious problem, 43 percent believe it has “increased a lot” in the last five years, and 42 percent believe the status of Jews in the U.S. is “less secure than a year ago.” Thirty-one percent “have [avoided] publicly wearing, carrying, or displaying things that might help people identify [them] as a Jew.” And in terms of security, more than half of respondents said their Jewish institutions have hired security guards and/or had police posted on site or outside.

We must take steps as a nation and as a community against the forces of hate. Our nation must see through commonsense gun control reform that makes it harder for dangerous individuals to carry out mass shootings. Moreover, we should come together to create an early-warning system that monitors rising trends of anti-Semitism on social media, which could prevent future attacks.

But we must also look to the root of the problem: hate. The vile anti-Semitism preached by these killers was learned by American children; we must ensure that our nation’s children aren’t exposed to this kind of hate. In schools, we need intercultural education that includes discussions about anti-Semitism and the contributions of Jewish Americans to our nation. But we can’t wait only for our government to step in. And on a community level, we need to hold cultural exchanges between communities and neighbors to teach each other tolerance.

Anti-Semitism is also a global threat. We were reminded of this just this month on Yom Kippur, when two people were murdered in broad daylight outside a synagogue in Halle, Germany. Around the world, hate for the Jewish people runs rampant, as does hate for Israel. That is why global efforts to educate and connect are so important. Last year, we brought together mayors from cities around the world, including Mayor of Pittsburgh Bill Peduto, to the International Mayors Conference in Israel, where together we addressed issues of hate and hate crime, and talked about lessons from the horrific attack on Pittsburgh.

As we learn from Pittsburgh, we must look also toward justice. Judicial action will not bring back the victim, and no amount of justice delivered to any of these attackers will be enough; our government must come together to take real, decisive action to prevent such violence in the future. We must address the white supremacist threat head-on. We must educate our youth about anti-Semitism and the consequences of hate. And we must have meaningful conversations on gun control.

We must remember the lessons of Pittsburgh.

JACK ROSEN: Five things America can do to prevent the next anti-Semitic attack

JACK ROSEN: The vocal anti-Israel crowd does not represent the majority