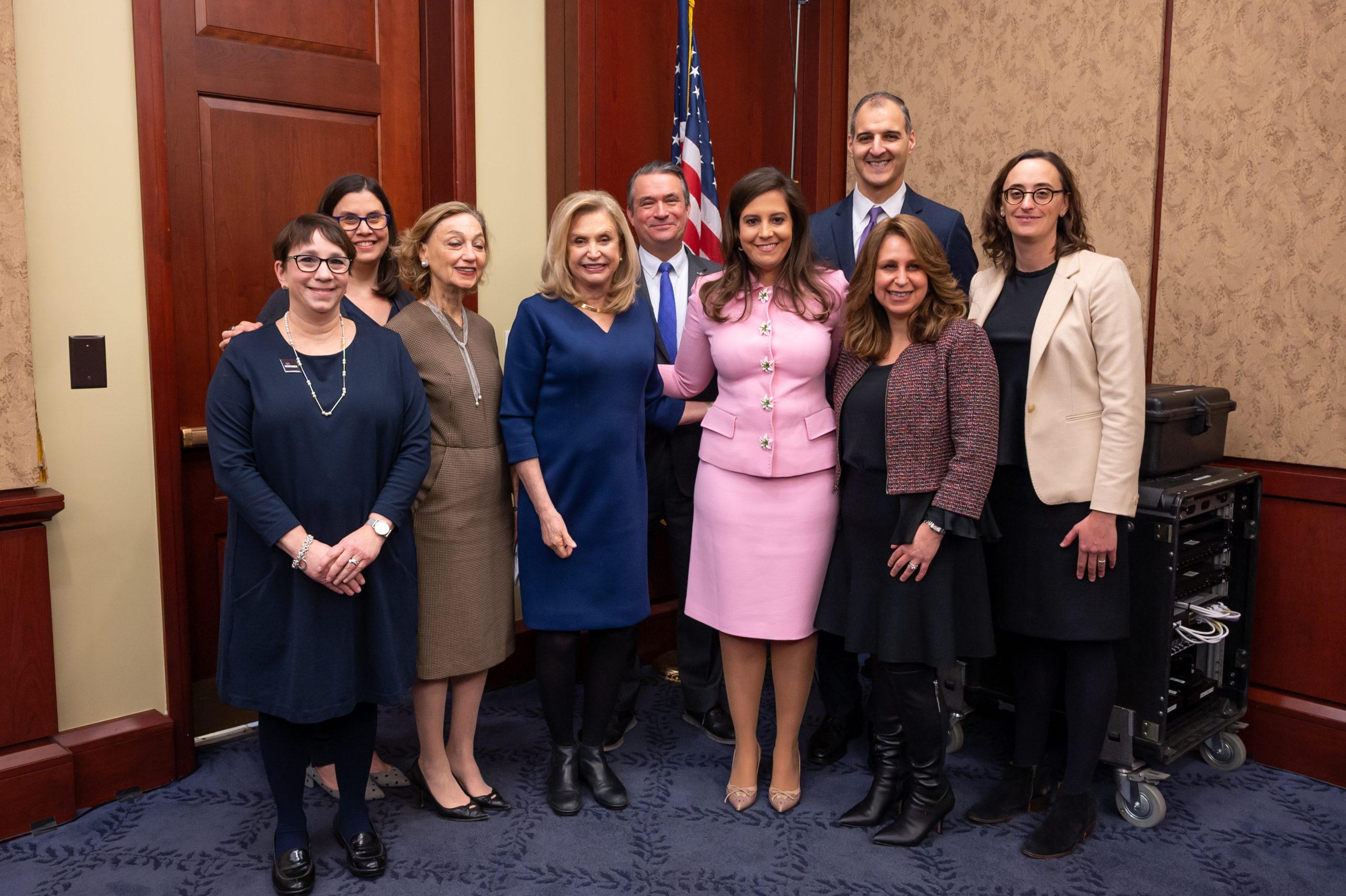 The U.S. Senate passed the Never Again Education Act, which seeks to expand Holocaust education in the United States, by unanimous consent on Wednesday.

The passage followed Sen. Mike Lee (R-Utah) lifting a hold on the bill on Thursday, a day after it was discharged from the Senate Energy and Natural Resources Committee. It also happens to come in Jewish American Heritage Month.

“It’s very rare for a substantive bill to move like this without going through committee,” a Hill aide told Jewish Insider. “[Lee] and his staff wanted to review the text.”

Ultimately, no changes were made to the bill, the Hill aide told the outlet.

A hold is a procedure where a senator tells his or her floor leader that he or she does not want a specific measure to reach the floor for consideration, and therefore may filibuster any motion to proceed to debate the bill or other measure.

The legislation, which now goes to U.S. President Donald Trump for his expected signature into law, would expand the U.S. Holocaust Memorial Museum’s (USHMM) education programming to teachers nationwide, requiring the museum to develop and disseminate resources to improve awareness and understanding of the Holocaust and its lessons.

The Senate version, which was introduced by Sens. Marco Rubio (R-Fla.), Kevin Cramer (R-N.D.), Jacky Rosen (D-Nev.) and Richard Blumenthal (D-Conn.) and had 76 co-sponsors, was slightly different from the House one, which the Senate ultimately passed, in that former had the U.S. Department of Education, not the USHMM, oversee the expansion of Holocaust education in the United States.

“Anti-Semitism is on the rise in the United States and across the globe. We must act to reverse this dangerous course,” said Rosen in a statement. “The best way to prevent an atrocity like the Holocaust from occurring again is through education. … Through education, we can provide insight into the past, and use it to prevent anti-Semitism now.”

“Anti-Semitism is a serious threat in the United States and around the world. We are obligated to fight against such bigotry, and failing to educate the next generation would only make history more likely to repeat itself,” said Cramer in a statement. “The Never Again Education Act legislation gives parents and teachers more resources and training to teach our children about the lessons of the Holocaust.”

The House version was introduced by Reps. Carolyn Maloney (D-N.Y.) and Elise Stefanik (R-N.Y.), and passed in January on International Holocaust Remembrance Day, which commemorated the 75th anniversary of the liberation of Auschwitz-Birkenau.

“This critical, bipartisan legislation is a proactive measure to educate and provide states and schools with the resources necessary to incorporate Holocaust education into their classrooms, ensuring that all students understand the evils of Holocaust and its impact,” said Stefanik.

“Children are not born with hate in their hearts, it is up to us to make sure they never learn it,” said Maloney in a statement. “To do that, we must make sure our educators have the tools they need to teach about the Holocaust, an incredibly difficult subject to teach and for students to understand.”

Under the legislation, $2 million would be allocated annually for this year and each of the next four years to the Holocaust Education Assistance Program Fund, administered by the USHMM’s governing body, the U.S. Holocaust Memorial Council. Private donations for the fund would be permitted.

The measure, passed in the Senate during Jewish American Heritage Month, would create an online Holocaust-education repository of resources for educators to teach both middle-school and high school students about the genocide that killed 11 million people, 6 million of whom were Jews.

Currently, 18 states either encourage or require teaching about the Holocaust.

Jewish and pro-Israel groups celebrated the bill’s passage in the Senate.

“Senator Rosen has been building consensus on the urgency of quality Holocaust education within her caucus and across the aisle since introducing the Never Again Education Act in the Senate,” said Hadassah’s national president, Rhoda Smolow, and its CEO and executive director, Janice Weinman, in a statement. “Today, her hard work paid off.”

In a statement, Christians United for Israel founder and chairman John Hagee said “if there exists a silver bullet to defeat the spread of bigotry and hatred, it is education. Through this legislation, teachers around the country will have federal support in their efforts to stamp out anti-Semitism by teaching about its abhorrent consequences.”

The Republican Jewish Coalition applauded the bipartisan nature of the passed legislation.

“The men and women of the United States Senate deserve credit for setting aside their differences to clear the way for swift and unanimous passage of this much-needed legislation,” said RJC executive director Matt Brooks in a statement.

ROSEN & RIGGLEMAN: We Need to Stop Marjorie Taylor Greene’s Online Extremism Before It Gets Violent