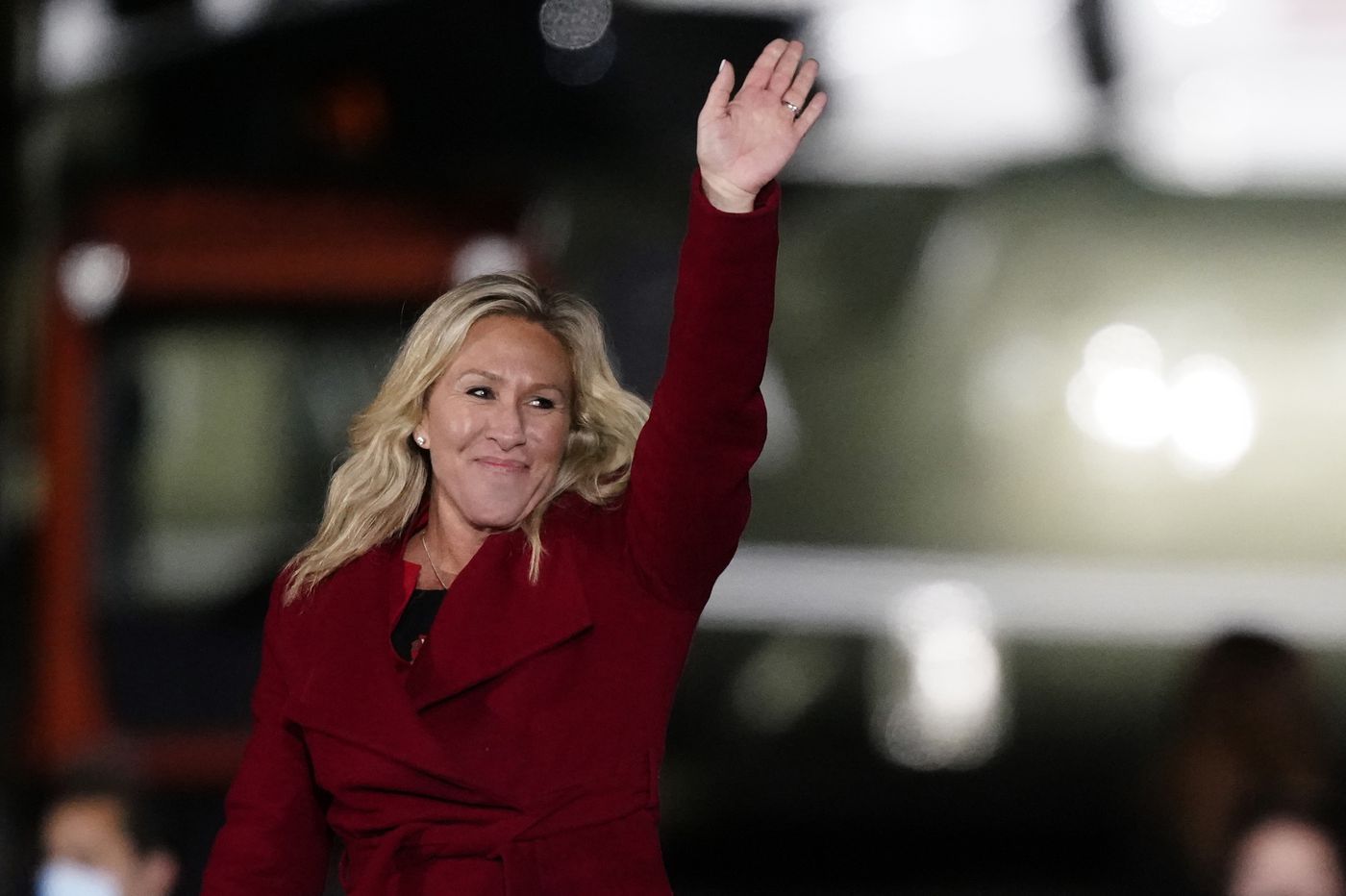 WASHINGTON – Jewish organizations and lawmakers are roundly calling on Republican Congresswoman Marjorie Taylor Greene to be punished or removed from office after it emerged she magnified antisemitic and racist conspiracy theories, including accusing “Rothschild Inc” of starting a deadly forest fire with laser beams from space.

The Jewish Democratic Council of America called for her removal from Congress, describing her rhetoric and actions as “a grave and growing danger to our democracy, the Jewish community and the American people.”

The American Jewish Congress echoed these comments, saying Greene’s remarks “present an immediate danger to the U.S. Congress and the American people,” adding that “her incendiary statements are hate-filled, intolerable and run contrary to her oath of office.”

Sen. Jacky Rosen tweeted that “Marjorie Taylor Greene’s dangerous and hateful conspiracy theories — from believing the #1October and Parkland shootings were government operations to an anti-Semitic conspiracy about “Jewish Space Lasers” — have no place in our government.”

Rep. Ted Deutch, who represents the district where a mass shooting occurred at Marjory Stoneman Douglas High School in Parkland, Florida, called for Greene’s resignation after she backed claims that the massacre was a “false flag” operation. He is cosponsoring a resolution to expel Greene from the House, and tweeted that “Greene denied the school shooting in Parkland & insulted the memory of the 17 murdered. She attacked brave student leaders fighting for their lives. She shouldn’t have a public platform to further spread dangerous lies. Not on a House Committee. Not as a Member of Congress.”

Another Jewish representative who introduced legislation to censure Greene, Sara Jacobs, slammed the lawmaker: “I can’t actually start fires with a space laser, but I can hold Marjorie Taylor Greene accountable for saying I can and calling for the execution of our nation’s elected leaders,” she said.

Greene, a freshman Republican from Georgia who made waves during the campaign for her promotion of the QAnon conspiracy theory, drew fire from both sides of the aisle, with Republicans also condemning her comments.

The Republican Jewish Coalition, which opposed Greene during her primary campaign, called her comments “deeply offensive” and said they were “appalled by her comments and actions,” adding that they are “working closely with the House Republican leadership regarding next steps in this matter.”

The Conference of Presidents of Major American Jewish Organizations, a central body representing 53 national Jewish organizations, called for a “swift and commensurate response from Congressional leadership making clear that this conduct cannot and will not be allowed to debase our politics.”

Anti-Defamation League CEO Jonathan Greenblatt also called on Minority Leader Kevin McCarthy to remove Green from her committee assignments, noting that he wrote House Speaker Nancy Pelosi and McCarthy in October 2020 asking to ensure candidates who adhere to the QAnon conspiracy theory should removed from the Democratic Caucus and Republican Conference and be kept from Congressional committee assignments. “Comments like these should be a reminder as to why she should be barred from this privilege,” he wrote.

J Street, too, called for her expulsion, describing her “ludicrous, bigoted beliefs and statements are a danger to our country, to the Jewish community and to her own colleagues,” while progressive group IfNotNow also echoed the sentiment: “This is not a close call: she is a racist and an antisemite and should be expelled from Congress.”

The evangelical Christians United for Israel Action Fund echoed calls for her removal from her committee assignments pending a review of her statements for advancing “wild antisemitic conspiracy theories.”

Among the many posts being unearthed amid renewed scrutiny of Marjorie Taylor Greene’s social media history is the accusation that  “Rothschild Inc” caused the 2018 Camp Fire, which burned more than 150,000 acres and killed 85 people. The 2018 Facebook post is no longer visible.

Like others who have amplified the QAnon theory, Greene frequently calls George Soros, a Hungarian-American Jewish billionaire and mega-donor, an enemy of the people.

A video from 2019 shows her following Parkland, Florida, shooting survivor David Hogg as he walks in Washington, D.C., and accusing him of being funded by Soros. Fred Guttenberg, the Jewish father and gun-control advocate whose daughter Jaime was killed at Parkland, first shared the video this week.