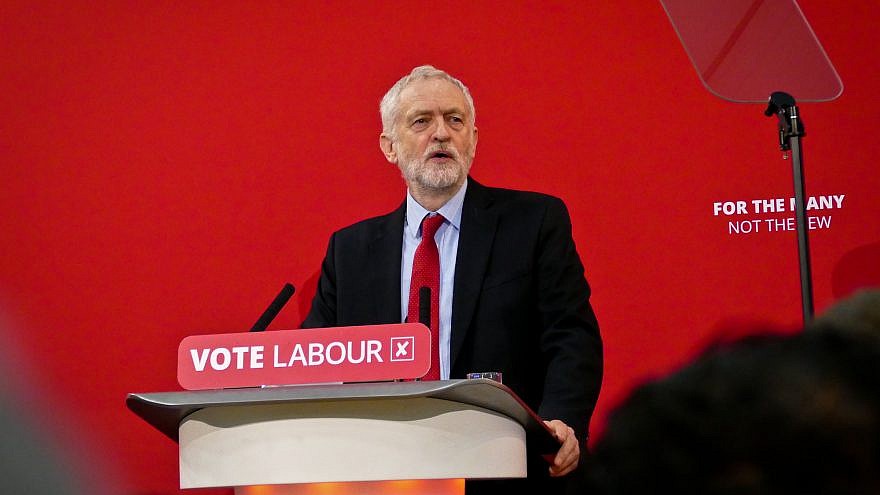 A leaked internal British Labour Party report into the party’s handling of anti-Semitism claims that inner-party hostility to then-party leader Jeremy Corbyn impeded the party’s efforts to confront the issue.

The 860-page report, which does not list an author, was completed in the final months of Corbyn’s leadership, which ended earlier this month with the election of Keir Starmer following in December what was Labour’s worst defeat since 1935.

The report was intended to be sent as an addition to the Equalities and Human Rights Commission (EHRC) inquiry into Labour handling anti-Semitism.

However, following an intervention by Labour lawyers, it will not be submitted. Its conclusions go against what whistleblowers, previously working for the party, told the BBC last year that there was political interference in the complaints process for alleged anti-Semitic incidents. Labour denied the accusations. The report stated that it found no such interference.

The document said there was an “abundant evidence of a hyper-factional atmosphere prevailing in party HQ in this period, which appears to have affected the expeditious and resolute handling of disciplinary complaints.”

It also stated that “many staff, including GLU [governance and legal unit] staff and senior staff with responsibility for managing and overseeing GLU, were bitterly opposed to the leadership of Jeremy Corbyn, and seem to have been demotivated, or largely interested in work that could advance a factional agenda.”

Additionally, “at its extreme, some employees seem to have taken a view that the worse things got for Labour the happier they would be, since this might expedite Jeremy Corbyn’s departure from office. Further, there is little evidence of strong management of procedures, workloads and priorities in HQ, which also impacted GLU’s work.”

The report included several leaked WhatsApp messages showing many senior officials were resistant to Corbyn when he became party leader.

Messages included calling Corbyn-supporting staff as “trots.” There were also discussions surrounding former director of communications Seumas Milne as “dracula,” and that he was “spiteful and evil, and we should make sure he is never allowed in our party if it’s last thing we do.”

The messages labeled Corbyn’s former chief of staff, Karie Murphy, as “medusa,” a “crazy woman” and a “bitch face cow” who would “make a good dartboard.”

A Labour spokesperson told Sky News, which first reported on the report: “The party has submitted extensive information to the EHRC, and responded to questions and requests for further information, none of which included this document.”

Gideon Falter, chief executive of the Campaign Against Anti-Semitism, said in a statement: “In the dying days of Jeremy Corbyn’s leadership, the Labour Party appears to have invested in a desperate last-ditch attempt to deflect and discredit allegations of anti-Semitism. Rather than properly dealing with cases of anti-Semitism and the culture of anti-Jewish racism that prevailed during Mr. Corbyn’s tenure, the party has instead busied itself trawling through 10,000 of its own officials’ e-mails and WhatsApp messages in an attempt to imagine a vast anti-Corbyn conspiracy and to continue its effort to smear whistleblowers.”

Starmer and his deputy, Angela Rayner, announced on Monday an independent review of the report.

“We have also asked for immediate sight of any legal advice the Labour Party has already received about the report,” they said in a statement.

“In the meantime, we ask everyone concerned to refrain from drawing conclusions before the investigation is complete, and we will be asking the general secretary to put measures in place to protect the welfare of party members and party staff who are concerned or affected by this report.”

The two-year anniversary of the Tree of Life massacre

AMERICAN JEWISH CONGRESS: America, wake up to the QAnon threat