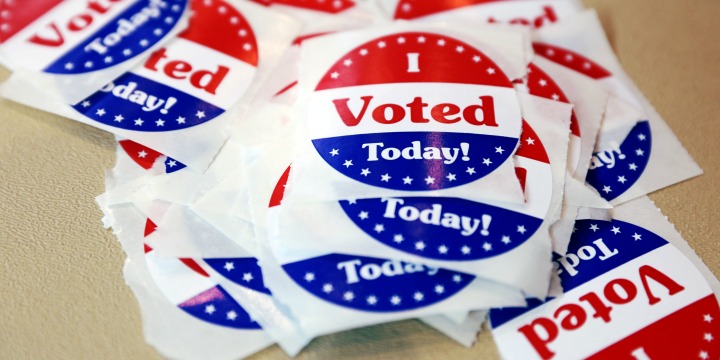 JACK ROSEN: What Jewish Voters Need for the 2020 Elections

With news media subject to distinguishable bias and social media feeds becoming the targets of extensive misinformation campaigns, being a truly informed voter has become increasingly hard. This becomes especially challenging for us as American Jews, since the discourse on the issues most important to us often gets divisive in quick order. In a country where the two major parties point blame at each other in order to court the Jewish vote, it is now more important than ever to pay attention to what the politicians are saying.

The Jewish community and Jewish interests today face challenges coming from many different directions. On one side, the ultra-Progressive flank of the Democratic Party has shown increasing hostility towards Israel. On the other hand, some Republicans have used Israel as wedge to try and divide the Jewish community. Add the rise of antisemites — on the left and on the right — and you get a situation where clarity and transparency have become rare commodities.

This is why we’ve launched a new informational website, the Jewish Guide to US Politics, to help the Jewish American community learn where the candidates stand on issues that are most important to us. We at the American Jewish Congress feel we have a responsibility to provide unbiased information to Jewish — and non-Jewish — Americans and ensure that voters arrive at the voting booths well-prepared. The political decisions we make will first and foremost impact us as individuals, as a community, and as a nation, but can also greatly impact the State of Israel, which many of us hold dear.

This educational platform aggregates the relevant words and actions of all the candidates running for president in 2020, as well as all sitting US senators, one-third of whom will be seeking re-election next year. Visitors to the website can see what the candidates have said and how they have voted on issues such as Israel’s national security, the boycott, divestment, and sanctions (BDS) movement, the Iran nuclear deal, and antisemitism within the US, among other issues.

In going through the guide, I found out things that I did not previously know about some of the candidates. For example, I learned that one of the 2020 Democratic candidates voted against sending military aid to Israel during the 2014 Gaza war. I also learned that another Democratic hopeful co-sponsored a woefully biased bill that accuses Israel of ill-treating Palestinian minors and proposes withholding US security assistance funds to Israel. I consider myself a well-informed person, but exploring this site reminded me of how much there is still to learn.

There is still plenty of time between now and November 2020, so the site will continuously update and evolve as new legislation passes through Congress and events unfold in the presidential and congressional races.

I believe the Jewish Guide will help us all vote smarter, engage in the electoral process with greater confidence and knowledge, and choose the right candidate to advocate for our varied interests. While the majority of votes cast by Jewish Americans in the past have leaned clearly in one direction, our community is far from monolithic, and in my experience, Jews are anything but single-issue voters. Only when we are well-informed and confident in our knowledge can we elect officials who best represent us according to our worldviews as both Jews and as Americans.

JACK ROSEN: Five things America can do to prevent the next anti-Semitic attack

JACK ROSEN: The vocal anti-Israel crowd does not represent the majority